Synergy 1 Radio Founder, Andre L. Carter to be inducted into the Spin Awards Hall of Fame

The Spin Awards is a phenomenal national event uniting radio, artists, event planners, record label executives, marketing directors, publishers, and more within the Christian Gospel Industry from across the world during the Spin Awards Weekend. 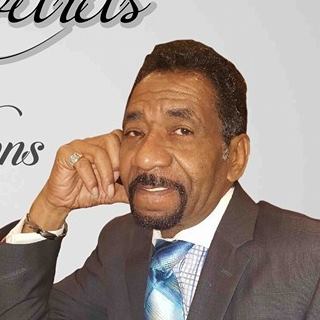 Synergy 1 Radio Station Owner Andre L Carter
ATLANTA - Aug. 4, 2021 - PRLog -- Chicago-based Synergy 1 Radio Founder, Andre L. Carter has been selected to be one of the 2021 Spin Awards (TSA) Gospel Radio Hall of Fame inductees. The Spin Awards is a national event and is the first and only organization to strictly honor those who spin the Gospel message. The two inductees to The Spin Awards Gospel Radio Hall of Fame will be recognized during TSA ceremony on the evening of Saturday, October 23, 2021, at the Sylvia Beard Theatre, 2200 Buford Hwy NE, Buford, GA 30518. Other events are slated for October 21-22 during the Spin Awards Weekend Experience.

"It is with great pleasure that we honor the godfather of internet radio, Andre Carter in this manner," said Karissa S, Spin Awards Team Member. "His years of service in the gospel music industry, as well as his accomplishments over the last 24 years, will establish a benchmark for future years."  The other inductee will be named and announced at a later date prior to The Spin Awards Weekend Experience.

About Andre Carter
Andre L. Carter has worked diligently for years celebrating and promoting some of gospel music's greatest contributors. He is considered to be the "Godfather of Gospel Internet Gospel Radio, a pioneer and leader in the Gospel Music Industry. Mr. Carter is a driven, determined and dedicated businessman and is married to Sharon Carter.